A friend once said getting drunk was like borrowing happiness from tomorrow. This might be true by his standards but tomorrow always comes to collect and never without interest.

The night might start off as what seemed like a round of drinks with friends but before you know it, photos of you dancing on tables are posted on facebook and you’re left thinking where, how, why and when did I do this?

We know the signs and we’ve been warned about the effects of alcohol. In my opinion it can be ranked as one of the top ten killers – next to cancer and other diseases. Alcohol poisoning, long term effects and not to mentions the big taboo issue of driving under the influence. 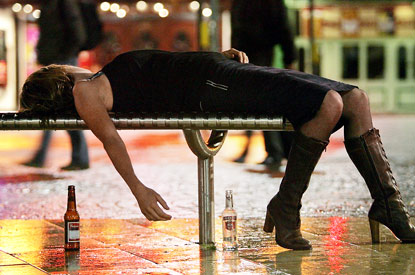 Let’s compare for arguments sake two pints of normal-strength beer (four units) or a large glass of red wine (3.5 units) to a fun night out.

The next morning there’s no hiding it – you’ve had a rough night and you’re begging everyone to use their indoor voices, which to your dismay, they already are. 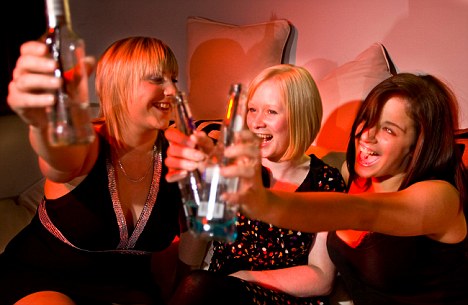 There’s no shame in having a good time but like I said tomorrow doesn’t works on borrowed time and she always comes to collect… with interest!

What alcohol does to your body:

BRAIN: Over time alcohol can cause some damage to the brain. It can trigger episodes of anxiety and depression. Your emotions can be all over the place and brain cells associated with memory, attention, sleep and coordination end up being affected the most.

HEART: Ironically, small amounts of alcohol can be good for your heart but consuming alcohol heavily can lead to high blood pressure and other heart diseases.

BLOOD: Heavy drinking can lead to anaemia because of alcohols ability to smother oxygen-carrying blood cells.

PANCREAS: Probably one of the organs affected the most is the pancreas. A few weeks of heavy drinking can cause painful inflammation, known as pancreatitis, which leads to a swollen abdominal area and causes nausea and vomiting.

OTHER EFFECTS: A heavy night of drinking upsets the enzymes in your liver and fat in your metabolism. In time your organs can start to swell. Alcohol also has a negative effect on your stomach. If you are not used to it, even if it’s in small amounts, alcohol can irritate the stomach lining and begins to block the absorption of essential vitamins and minerals. 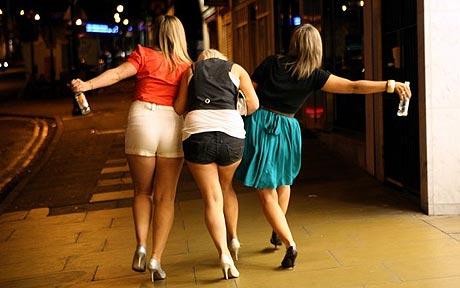 When we drink our little Martinis, about 20% of the alcohol gets absorbed by our stomachs and 80% is absorbed in our small intestine.

An average person can eliminate about 15 ml of alcohol per hour. Thus it would take approximately one hour to eliminate the alcohol from a 355 ml can of beer. The BAC (Blood Alcohol Concentration) increases when the body absorbs alcohol faster than it can eliminate it. Hence a person becomes drunk and literally intoxicated.

How it works: Alcohol affects nerve cells within your brain, so when you consume alcohol it acts like a little interference. It slows down the communication between nerve cells and all other cells and if you drink enough it starts to suppress your nerve pathways, it literally stops them from working. Nerve cells talk to each other and to other cells (such as muscle or gland cells) by sending chemical messages. These messages are called neurotransmitters.

Thinks of it like a person in your brain pushing all the buttons – telling your body when to do what. Then one fine day, alcohol comes for a visit and stars to wing it, pushing buttons just for the fun of it with no idea what which button does. 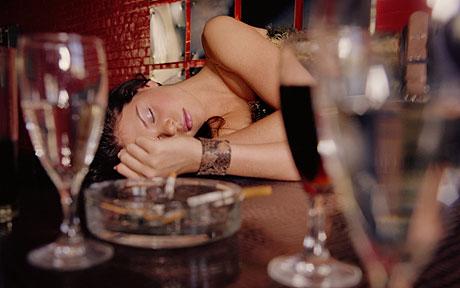 Alcohol slows the body’s thinking ability down – you’ll become ditsy, clumsy and maybe angry, really happy, depressed or sad. You have no control over your emotions any more. It has the ability to supress physical co-ordination and judgement, which means you can’t think rational anymore!  This is why you wake up the next morning thinking “How did I get here?”

The occasional glass of red wine is always fun to start a party, but try to end the night in a graceful manner, leaving with your dignity intact. Actions tend to stick for quite some time and serve as a label for future parties and get-togethers. Be the fun loving person everyone wants to be around not the ditsy drunk who had one too many again.