The first thing that comes to mind is the: yours, mine and ours factor. Whether you inspect the situation from the bottom, top or sideways – there will be some frictions and struggles when it comes to blending families.

But we make it work and instead of being two unhappy single parents we become one big happy family. Lucky for us, there are experts in the field and couples who have gone through the same ordeal, so smooth sailing is not out of your reach.

When it all starts:

Kids know when change is upon them; kids need to be included in everything. This way they know that they too have a say in the family.  Lisa Steinke says “If they feel like they are part of the process, they will be less anxious about the unknown.” Discuss everything, even if it seems like the tiniest topic.

People in general know when you’re trying too hard, kids even more so. It’s natural if not human to not get along at first, if you don’t like your step kids right away then don’t feel guilty. Chances are they feel threatened by you too. Time is your friend here, don’t bend over backwards just to get the kids to like you more and don’t try and be all chummy-chummy like you’re their best friend all of the sudden.

There’s no use in treating your kids one way and his kids another way. It might be hard at first and this is something that you and your partner need to talk about beforehand. It’s important that you’re both consistent in everything you do, especially if it comes to disciplinary issues. 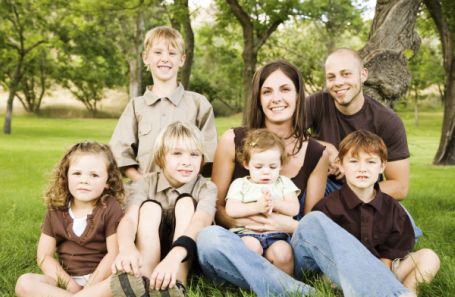 Bouchard also highly recommends premarital counselling to be sure that both adults completely understand what the other’s role is going to be. She says that often a person will hear what they want to hear rather than what their partner is saying.  Both of you need to know what to expect of one another.

Have some one on one time.

Just like having family time together, try and put in some effort. You understand your kids well enough to know how to approach them which is why it’s important for you to know how to talk to your partners kids as well. All people respond differently to things, someone might be very open to affection, care and love whereas others might not feel as comfortable.

Get to know your step kids on a personal level. It will make communicating with them so much easier. Check in one them frequently and don’t be afraid to ask how they feel about certain arrangements. Doing something one on one in a familiar environment could be good for the both of you. 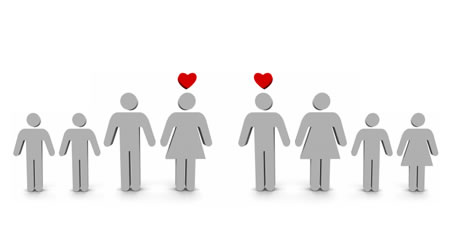 Competiveness, conflict, jealousy, whatever the case may be the negatives are not always negative and not just restricted to blended families. It’s a humane thing. Competitions fuels innovation and this will cause you, your kids, your step kids and step brothers and sisters to fight.

It’s inevitable and not always a bad thing. Conflict exposes our characters in highly intimate and personal ways. It’s the easiest way to learn what makes the other person tick. It’s unfair to expect your kids to become best friends right away or ever for that matter. But Emily Bouchard, a blended family coach and counsellor says that you can demand that they treat each other with respect.

She also put a lot of emphasis on the fact that everyone, including mom and dad, should respect each other’s property and personal space. It’s easy to want your kids to get along and mistakes often made by parents are thinking that sharing toys and space will get them to co-exist faster. But step siblings will form their own bonds with each other, don’t interfere or push it. 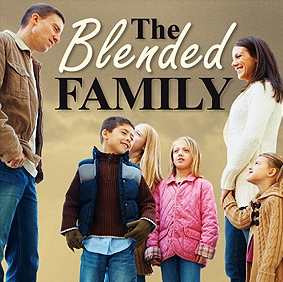 Sneak in a family ritual.

A feeling of stability and connections is also important and creates a sort of norm throughout the house hold. Try and have a ritual that everyone has to partake in. It can be something small like setting the table, where everyone has to pitch in and help. It can be a Sunday braai; girls make the salad boys do their braai thing, anything to suggest “family time”.

It’s almost like you’ve snuck that time in for everyone to do something together without anyone even noticing.

Face it, bringing families together not only takes time and hard work but it also takes some dedication. Clinical child psychologist and child custody mediator, Dr Donald T. Saponsek says that the rate of divorce in second marriages where kids from a previous marriage are involved is about 85% in the first year and 60% after that, all because the kids couldn’t get along with either each other or their step parents.

“In my own practice, many have told me they consciously wake up in the morning thinking about how they can get rid of their stepmom or dad, and they act in ways that create conflict. The parent is then put in the position of who do you love more – the kids or the partner? Often, the partner gives up and leaves.” 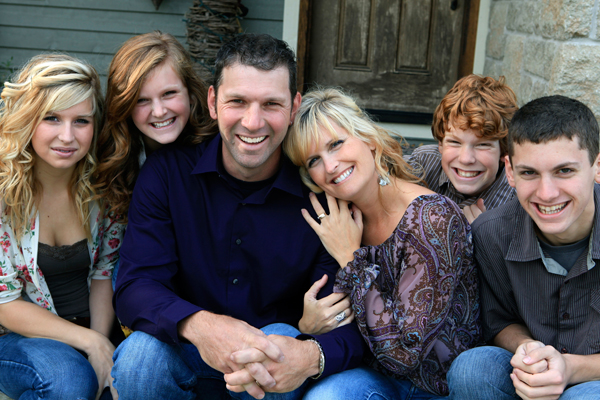 It’s like walking on a mine field and you can only pray that you walk along the right path. Teaming up against your kids is not the answer but this is a discussion you need to have with them. Your happiness should also be important and count for something.

Always listen, never jump to conclusions, keep things consistent and fair and don’t push anyone into something they don’t feel comfortable with.  In the end if you’re just there and present, that too can make an impacts. You might hate musicals but your step son is playing the lead role, support and encouragement can mean the world to anyone.  Time is a miraculous thing; it can move mountains, soften the toughest of hearts and even create bonds that last forever.