There can never be enough parenting tips, I guess it’s because no matter how hard you pay attention to tips passed from one parent to the other what worked for you doesn’t automatically mean it will work for me. Children are different, regardless of them being raised with same principles or even being identical twins they still won’t react to one specific event the same way.

What is tiger parenting?

Tigers get what they want, what matters to them at that given point is the target they put on that animal. They will spot it, strategically think of ways to get it and then rip it apart. That generally is what tiger parenting means; parents focusing on their children coming top on everything and ignoring things that come with staying number one. I say ignoring because parents know how their children feel about being forced into that tennis court or for that soccer practice but choose to look the other way because they believe they are the only ones that know what is good for their children.

It is all good and well to set expectations for your child because after all there needs to be discipline and respect instilled in them but it’s the extent of the motivation that will tell you apart from being a parent and being a dictator. I know there have been great results in children that are generally “pushed” by their parents; they tend to excel and come top in everything they do. So a parent will argue if my child is doing so well because of my “support” then how can tiger parenting not work out?

Well it’s a good argument but just imagine someone bigger, stronger and basically reason to you being where you are (meaning they feed you, put a roof over your head and so much more) breathes over your head and tells you, you are going to pick science subjects. Would you do anything less than that? And surely the next comment will be “with science subjects he/she will be happier because he/she will be guaranteed a job, and financial stability is everything in this day and age.” Love and freedom are also important. 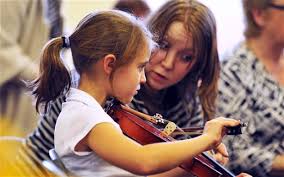 Effects tiger parenting to the child

I am no expert but I am basing all this from my observations. Children that are forced to partake in things they have clearly stated don’t interest them retaliate at the later stage. Ever heard, “Tony was on a right path, I don’t know what happened” what happened is they decided to finally pursue what they have always wanted because now they are older and capable. Adults that grew in such parenting spaces are usually bitter towards life and their parents.

And if they pursue a career in science like you forced them to, they tend to be less energised in life; they are never happy and fulfilled, they are merely just going by. Others are likely to be too competitive and selfish. Everything to them is war; they carry the notion that in life there are two kinds of people a winner and a loser. They are honestly bound to crush because no one has ever came number one in everything. It is important parents that you listen more to your child and let go a little bit on the dictatorship. 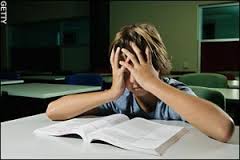